skip to main | skip to sidebar

and the body is off! 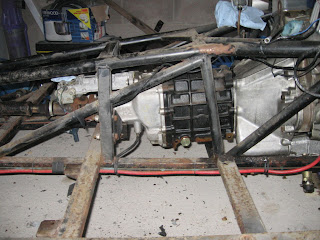 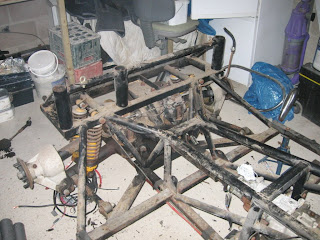 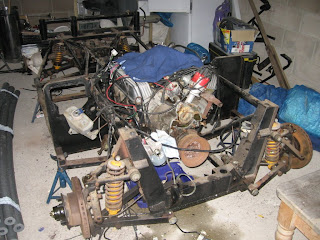 well Friday was a day i had been looking forward to pre-booked my 3 other helpers and at 5pm we got ourselves organised! I had studied the fitting of the body from the manual and just planned to reverse the procedure. the first attempt saw some movement but not much then i realised my front two helpers were holding the nose up a bit too high ( i thought ), so with that lower we tried again still no movement. I then suggested we all push back not realising what i was saying due to my excitement, naturally the obvious happened and we ended up pushing the whole car off its axle stands! I could have nearly cried! Luckily there were no missing toes and the car landed reasonably well. After that the body came off pretty easy. With the body out of the way we put the chassis back on axle stands and all was back to normal :D

Later on i realised i missed something in the procedure which would have made it so much easier, the rear fixing tube that lock into the body frame should be removed before the body is taken off. So in the end i could only blame myself! We live and learn!
Posted by dolphinboy at 10:50